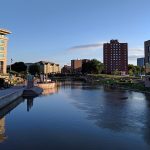 In a recently released 2020 list produced by WalletHub, highlighting Best and Worst Run Cities in America, Sioux Falls was named one of the best.  Sioux Falls landed the number 11 spot for “Overall Best Rank”. The rankings pooled together many other rankings such as; “Lowest Long-Term Debt Outstanding per Capita”, “Highest High-School Graduation Rate”, “Financial Stability Rate”, among many others, according to the article.