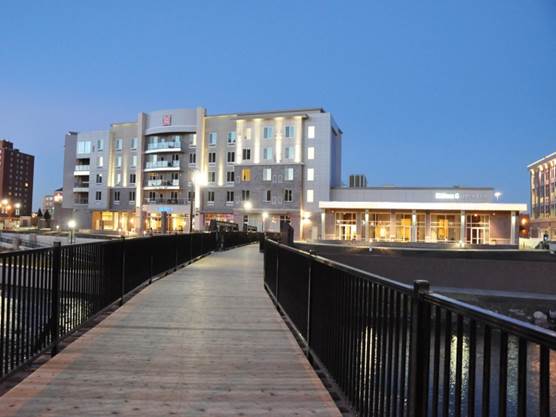 Return to Our Portfolio

Located in downtown Sioux Falls, the Hilton Garden Inn consists of a five stories with 136 rooms, as well as approximately 6,000 square feet of conference space. It is the first hotel in Sioux Falls to offer underground parking to guests. It is also the first hotel in nearly twenty years to be built in downtown Sioux Falls. The hotel is well positioned on the east bank of the Big Sioux River, with 8th Street bordering to the north and the Lumber Exchange building to the south. This project was developed by Lloyd Companies.